on TradePub.com for readers like you. LEARN MORE
Information Technology > Servers and Server OS > Windows NT - 2000 - 2003 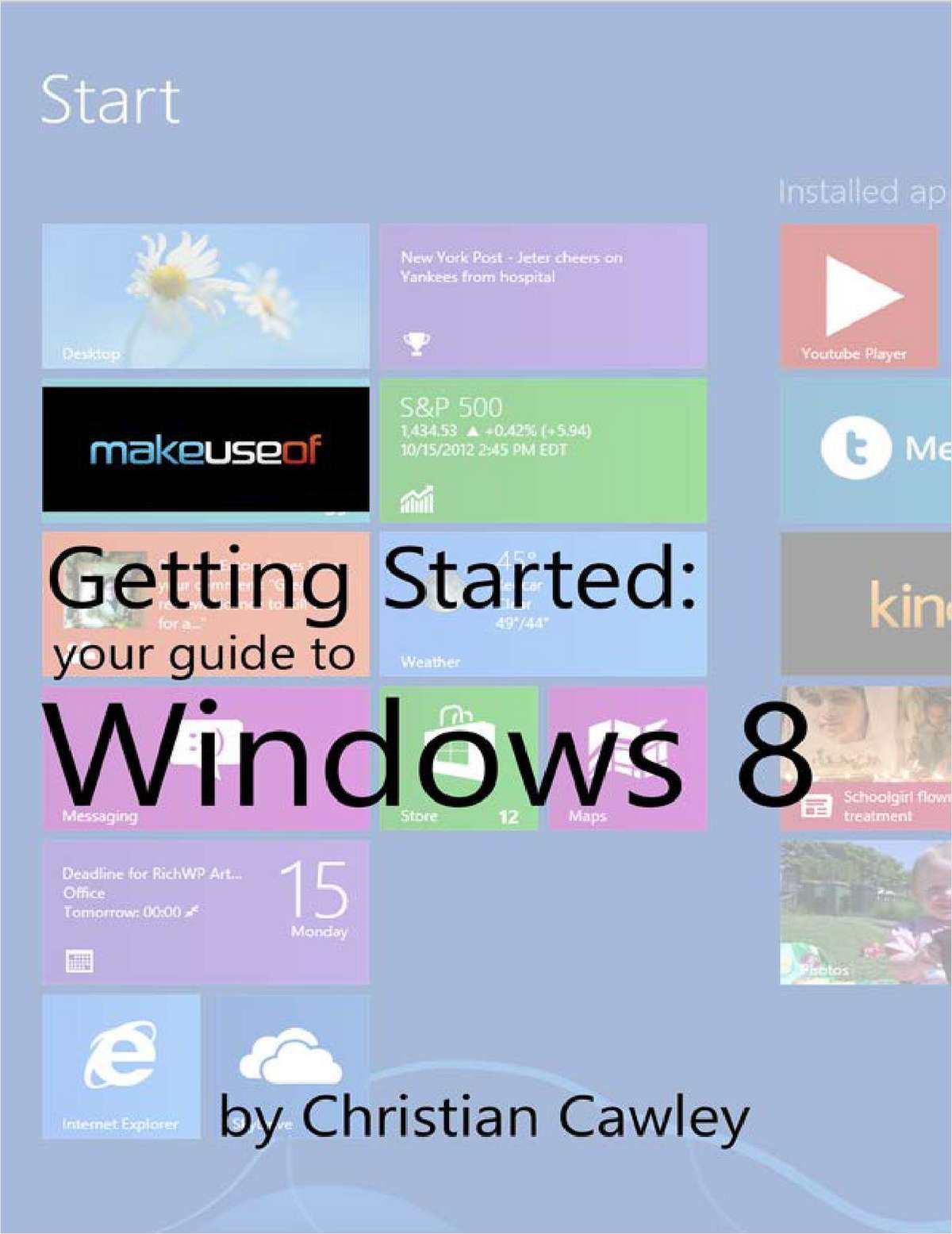 Back in 1991, Microsoft released their first version of Windows, a mouse-driven graphical user interface that revolutionized the way we use computers, both at home and in the workplace.

Now, in 2012, they hope to stage a new revolution with Windows 8, perhaps Microsoft's most daring release yet. Featuring an unusual tile-based Start screen that's optimized for touchscreen devices, Windows 8 will be available on new computers, laptops and ultrabooks, hybrid tablets and even a new range of Microsoft-branded, iPad-style tablets called Microsoft Surface. Whichever device you end up running Windows 8 on, you'll need to know a few things. First, how are you going to get the data from your current operating system to the new one? Second, you'll probably be wondering where the famous Microsoft desktop has gone. Finally, you might be wondering just what is going on: why did Microsoft discard the Start menu, and why does its replacement look like it was designed for children?

With this free guide you will also receive daily updates on new cool websites and programs in your email for free courtesy of MakeUseOf.

Download Now View Details
How to Use Machine Learning to Transform the Value of...