on TradePub.com for readers like you. LEARN MORE
Information Technology > Software and Web Development > Internet 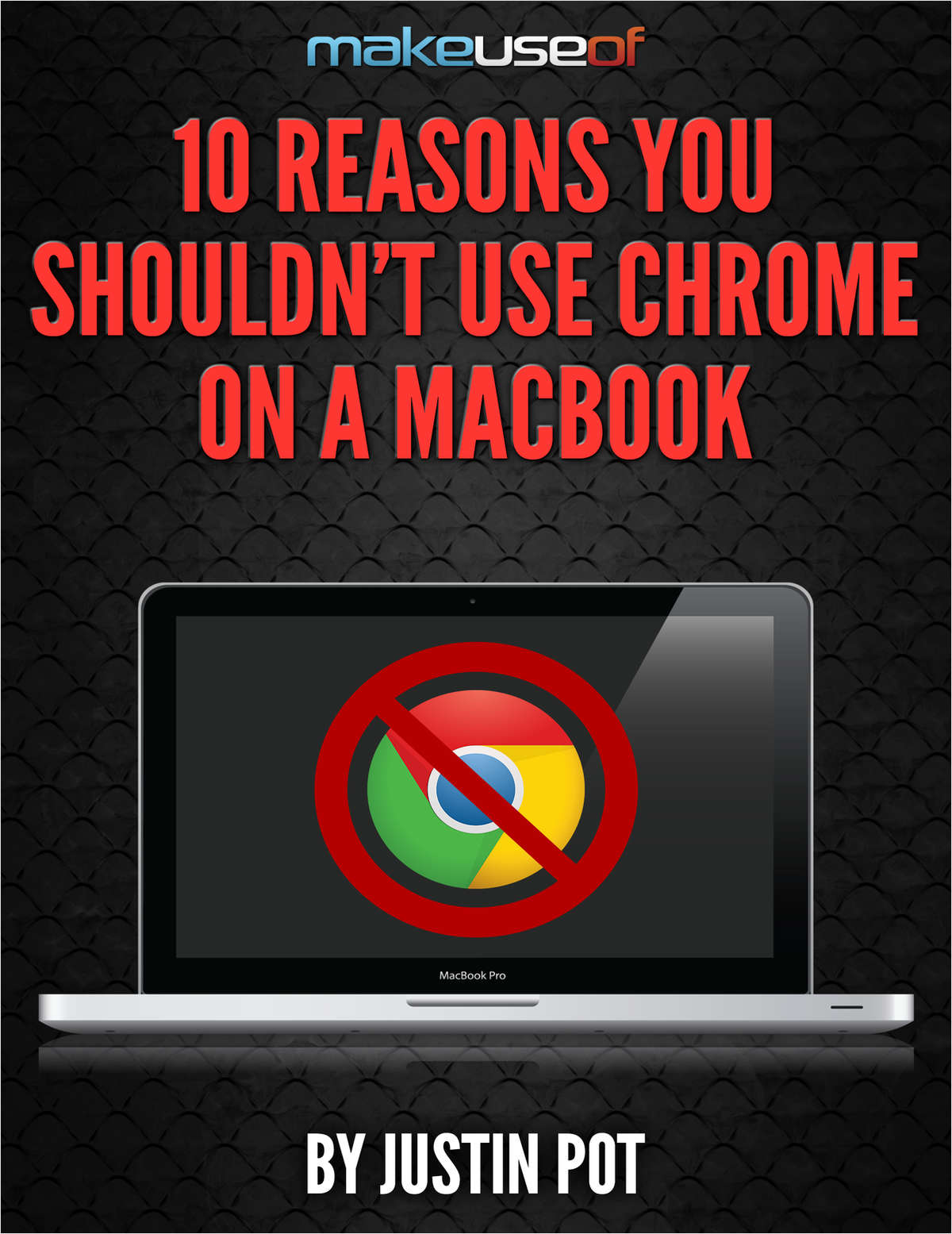 "10 Reasons You Shouldn't Use Chrome on a MacBook"
DOWNLOAD NOW

By downloading this free guide, you agree to receive regular updates on the latest cool apps, product reviews, and giveaways from MakeUseOf.

Chrome is, for many people, the first thing installed on a new MacBook. It makes sense: in its early days Chrome gained a reputation for being lightweight and fast. It was better than Safari and Firefox, people said. And it was true, at the time. It’s not the case anymore. In fact, I’d argue that you shouldn’t use Chrome on a MacBook if you can avoid it. Over the years Chrome became a bloated program that doesn’t integrate well with OS X, and it happened so slowly most Chrome users haven’t noticed.


Offered Free by: MakeUseOf
See All Resources from: MakeUseOf

Open Now
How to Optimize & Unify Business Applications Across Your...